The “Mending A Million Minds” Program

A Program To Educate The Adults of Our Communities – to Positively Effect The Minds Of A Million Kids!

Every two hours in America, a teenager takes his or her own life – and that’s just not acceptable!”  WTL founder, John Trautwein, who’s own son Will, at the age of 15 took his life in October of 2015.  When Will died my wife and I and our family and friends had no idea about the devastation that depression, anxiety and other mental illnesses has had on our communities.  When Will died, suicide was a word I never said nor heard.  Within days however, when I was thrown into the world of a ‘suicide survivor” 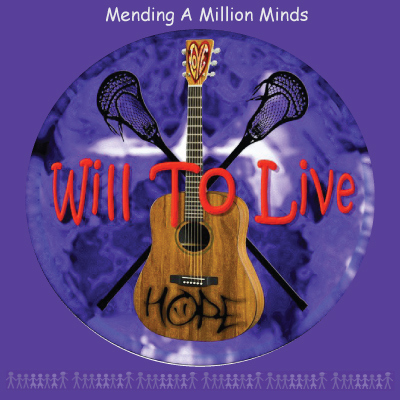 What Trautwein learned is that the awareness of teen suicide was minimal and he and his wife Susie were, and still are, determined to raise that awareness.   “I learned the believable statistics that are tearing up families and communities across America. It was very clear to me –

“NO ONE KNOWS ABOUT IT!”

Thus the Will To Live Foundation was created, and has raised over $500,000 since it formed in November 2010. This money has gone back into the community to not only spread the awareness but also to educate the kids and the adults.   Anyone who has been to a Will To Live presentation will have heard the “ACT” acronym of Acknowledge, Care and Tell, what Trautwein calls the “Stop Drop and Roll of Teen Suicide” – We were begging these kids to talk to each other and share their love and issues with each others, so we needed something that helped them understand what they should do when they found a friend in need – “ACT” – a part of the SOS Signs of Suicide® Prevention Program, proved to be a great answer

Screening For Mental Health, a Boston area based nonprofit partnered with the Will To Live Foundation to implement their acclaimed SOS Program for all of Fulton County Middle and High Schools over the past 2 years. The Foundation funded this initiative and has funded many other schools around the country. Recently, John was asked to deliver a keynote address for Boston Public schools, in the same city where he played for the Red Sox. “I certainly didn’t know anything about this epidemic that has been taking lives of teenagers at a rate of 1 every 2 hours in America.   I truly believe that had I understood what was happening in the lives of our teens, I, as a parent would have approached some things slightly differently, and maybe my son Will would be here today.”

HOW CAN YOU HELP?  Donate now – become aware  – become educated – help us talk to the kids!

The Mending A Million Minds Program is quite simply an ongoing fundraiser to “Educate the Educators” in middle schools and high schools.  To date, the WTL Foundation provided funding resources impacting over 1,652 schools, which Trautwein estimates has positively reached 495,600 kids  “Every time the foundation raises $400-500, we can fund another school to go through the program – it’s a simple as that.” Trautwein continues,  “Our goal is to have reached more than a million kids by helping to fund the SOS Program in 1,700 more schools by the end of 2015 – we may be able to do it sooner – all I know is we won’t stop!”

To achieve their goal of 1700 schools, the Foundation needs to raise another $500,000!  Please support the kids of Will To Live!

The Will To Live Foundation is 501(c)(3) public charity and all donations are tax deductible.

For more information about the Will To Live Foundation, visit us at www.will-to-live.org or contact us at friends@will-to-live.rog