Will To Live Park Dedication

A Will To Live- Life Teammates® Blog!

WILL TO LIVE PARK 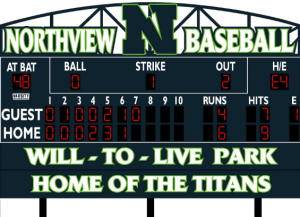 A PARK WHERE LIFE TEAMMATES® ARE MADE

Johns Creek, GA 3/12/17:  When walking through the halls of Northview High School on any given day, one can’t help but notice seeing multiple versions of t-shirts, hats and wristbands that say things like “Life Teammates” or “Love Ya Man” or “Willstock” or “Where There’s A Will There’s A Way 5K”.     The reason is quite simple, Northview High, or perhaps better said, “the kids” of Northview High, are the founders of the Will to Live Foundation located right here in this Atlanta suburb, Johns Creek, GA.  These t-shirts are products of their work and commitment to the non-profit foundation that is dedicated to raising the awareness of teen suicide in our communities.

When Will Trautwein, a Northview freshman took his own life back in October of 2010, a family, a community, and a high school was stunned, saddened and in many ways devastated by this tragedy. If you ask the Trautwein family, however, they will be the first to tell you that it was the Northview High community that “saved them” as they lifted this heartbroken and grieving family off of the ground by, quite simply, giving them “hope.” 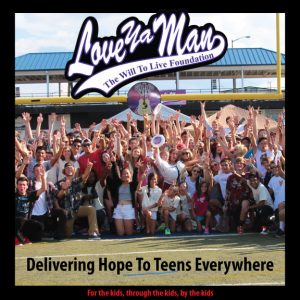 rautwein, who co-founded the foundation with his wife, Susie, and several of their son Will’s closest friends. “In fact, it was Northview High students who held the first foundation meeting, put on the first foundation event, and basically laid the ground work for everything that is Will To Live today”.  Over the past six years, the foundation has raised over one million dollars, and has been recognized nationally by CNN, The Big Ten Network, Fox Sports, and many others.  In 2012, John & Susie were awarded the coveted Presidential Point of Light Award, created by President Bush.

Will To Live has used the money raised to not only create Life Teammate events for and with the teens themselves, but have given over $100,000 in scholarships while funding the implementation of the acclaimed Signs of Suicide® program in all of Fulton county schools and in thousands of  additional high schools across America.  All this done with money raised by the teens themselves.

Turning a tragedy into a positive message of hope!

Since the foundation’s birth over six years ago, Northview High and Will To Live have worked together raising the awareness of teen suicide with an ultimate goal of delivering hope to teens by teaching them to recognize the love they have in each other – their Life Teammates®. In addition to the education and awareness programs funded by the foundation, each year, Will To Live awards over $20,000 in their Life Teammates® Scholarships to Northview students from all areas in the school ranging from sports teams, to cheer teams to band, orchestra, chorus as well as theater and the arts. Every scholarship is voted on by the kids themselves, keeping in line with the foundation’s motto of “For the kids, through the kids, by the kids.”  Northview’s ‘Club Will to Live’ is the largest club in the school and just last year raised enough money (over $8,000) to fund a “Make-a-Wish” experience for a GA child in a wonderful example of kids helping kids.

If you frequent a Northview High sporting event at the football or baseball stadium, you’ll see the Will To Live logo proudly displayed as the foundation helps sponsor the programs as part of its Life Teammates® Program. This year, however, something very special is happening – the Northview High School Baseball field, is getting a new scoreboard, welcoming all to “WILL TO LIVE PARK – HOME OF THE TITANS.”

“When it was proposed to us to rename the baseball field to “Will To Live Park” – I have to admit that I was speechless – which is rare for me” says John Trautwein.   Will Trautwein’s younger brothers Tommy (now a freshman at UGA) and Michael (a Junior at Northview) both came up through the Northview Jr Titans and NVHS baseball programs, with their dad being one of their coaches throughout their Jr. Titans years. John also coached the fall Northview High program back in 2014 as well. “There have been more “Life Teammates” speeches given on the Northview High baseball field than any other field” says John Trautwein, “so having that field named ‘Will To Live Park’ is so fun and rewarding for us.” Trautwein continues to say that the best part of the name is that people who come and play on that field will see the name and ask about it.

‘Why is it called Will To Live Park? What does that mean?”

That is a question that the Trautweins and the Will To Live Foundation hope gets asked every day.   “When we lost our son, Will,” Trautwein continues, “no-one was talking about depression, anxiety, teen suicide or Life Teammates or being there for each other, etc. The foundation has worked hard to get people to talk about it, to be more aware that teens today have it very difficult, yes – they have great opportunities that are coming at m 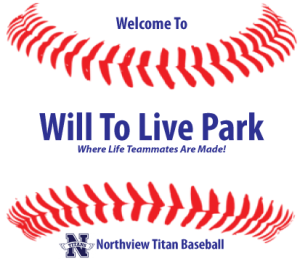 uch younger age than in “our day” – but with these opportunities come 24/7 pressures that I, as a parent, never realized existed before Will died, and I regret that every day of my life.   Thus, the foundation, tries very hard to get the community to talk about the fact that depression is very real, it’s here (in 1 of 6 adolescents), but more importantly, to get teens and their families to realize that it’s ok! Depression is treatable, common and ok! This field, simply the name of this field, will get people talking – and that is why we’re here!”

Northview High’s head baseball coach, Aaron Wilkens, has been a large proponent and supporter of the foundation, and is the faculty representative of the Club Will To Live within Northview as well. “Northview Baseball and the Will to Live Foundation have had a special relationship over the past handful of years, so naming the field Will to Live Park almost came as a no-brainer. The life teammates message is one that we truly believe in and try to stress to our student-athletes on a consistent basis.”

The new scoreboard will be christened on Friday night, March 24, 2017,  when Northview hosts their cross town rival, the Chattahoochee Cougars in an important inter-league game between two teams, from rival schools, with two groups of players that not only know each other very well, but know the Will To Live Foundation very well.   Northview and Chattahoochee are the only two schools to have hosted the foundation’s Willstock Teen Music Festival, and John Trautwein has spoken many times to the student bodies and various teams at both high schools as well. “Over the years, I have given hundred of speeches to high schools all over Atlanta, and the first time I ever spoke to an entire student body was at Chattahoochee, so it’s very fitting that this dedication game will be between these two schools.” Trautwein, a former professional baseball player was actually a teammate of Chattahoochee’s head coach Tim Lemons, in the minor leagues.   “Tim and I rode the buses of the low minor leagues together; we sat in the trenches together. It will be fun for me to have Tim there when we dedicate this field”. 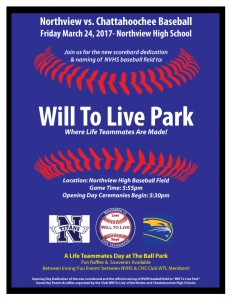 It should be noted that the Will To Live’s reach goes far beyond these two schools. John Trautwein over the past few months has spoken to the entire student bodies of Blessed Trinity, Greater Atlanta Christian, Pope and Johns Creek high schools just to name a few. On Monday morning (3/13) he is speaking to the entire student body of West Forsyth high school who just several weeks ago lost a student to suicide.

“Our message has no boundaries, because depression and mental illness and teen suicide effects all of us – something I personally never knew, until it took my own son”

Northview’s principal, Brian Downey, who will be leading the dedication ceremony on Friday, talks about the synergy between the mission of the foundation and Northview High,  “Northview High School’s strategy speaks to the academic success and mental health and well being of all our students. Essentially, we strive to have all our students be happy and successful. The Will to Live Foundation shares this same mission and are a perfect partner to help our community achieve this success for all of our students. The dedication and naming of our Will To Live Park exemplifies this partnership and is a permanent reminder to always “recognize the love and hope that exists in each other.”

Jeff Wilson, the President of Northview’s Dugout Club, which is the booster club of Northview baseball and has also been a part of the foundation’s growth over the years. Trautwein, gives Jeff credit for coming up with the idea of naming the field “Will To Live Park”.  “I’m thrilled to name our baseball field after the Will To Live organization.” Says Wilson, “They provide a truly invaluable service to all the teenagers in our community. I’m so proud of this relationship.”

The Trautwein family makes it extremely clear why they think the foundation is such a success. Susie Trautwein explains, “The Foundation is for the kids – it’s their foundation, and it’s so great to see the pride they take in Will To Live. We are continually amazed by the desire these kids have in not only hearing our message of love and hope and Life Teammates, but carrying it themselves and being ambassadors of it. It’s a great source of pride and healing for us”

The kids of Will To Live hope you will be there to help spread not only awareness around depression, mental illness an teen suicide – but perhaps more importantly, help spread the awareness of the Life Teammates that exist in our lives today!

Save the date: Will To Live Park Dedication Night

Who are your Life Teammates?…Do They Know?

One thought on “Will To Live Park Dedication”