A Day To Remember – A Cause To Continue! 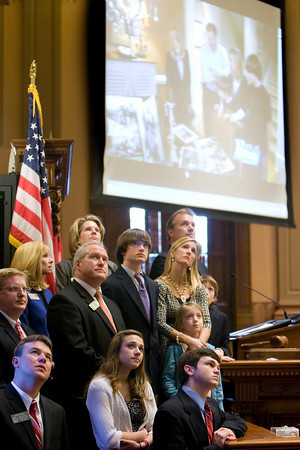 On March 1, 2011, at the Capital building in Atlanta, both houses of the GA State Government recognized the Will To Live Foundation and the Trautwein Family for their work in spreading teen suicide awareness in our communities. After the family met with Governor Deal, LT. Governor Cagle and Speaker of the House Ralston, they were escorted in as guests to both the House of Representatives and Senate floors, where resolutions were passed recognizing the work of the Will To Live Foundation.

Click Here for The GA House of Representatives Press Release

Click Here for House of Representatives Photo Library of Ceremony 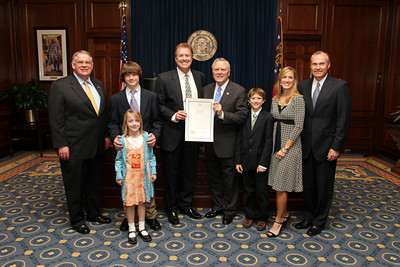 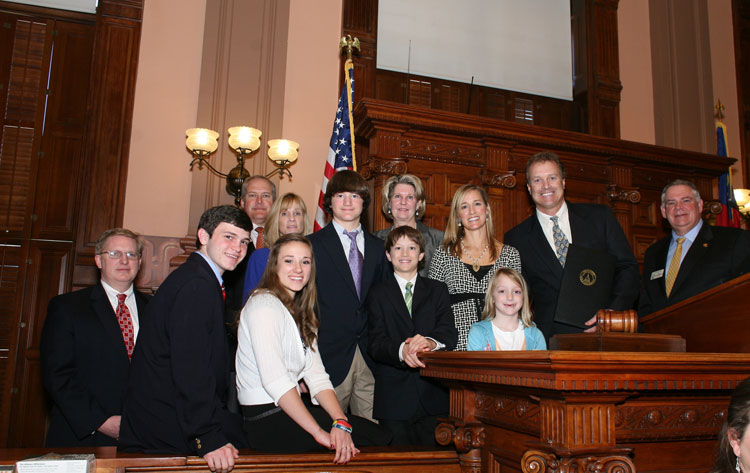 Speaker Ralston (far right) introduces the Trautwein Family along with Michael Trainer and Sarah Biondich, the two Northview High School seniors who were co-organizers of the wonderfully successful “Where There’s A Will There’s A Way 5K” event.